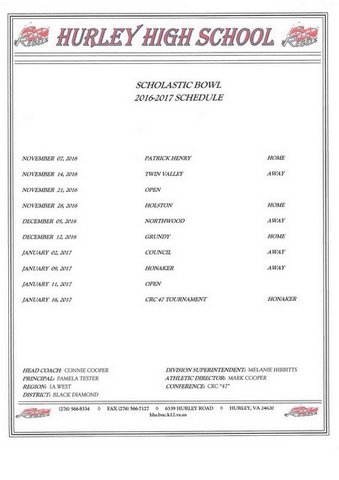 Each year juniors and seniors, at Hurley High School , who have demonstrated outstanding academic achievement (maintained a 94.000 or above average) are invited to join our National Beta Club chapter.  In addition to high academic standards, the student must also exemplify worthy character and maintain a commendable attitude throughout their high school years.

"Follow what you are genuinely passionate about and let that guide you to your destination."

"The future is not an inheritance; it is an opportunity and an obligation."

Welcome to the SchoolBlocks
self-guided tour!

The most common question we receive is, how is SchoolBlocks inspired by Pinterest? SchoolBlocks eliminates navigation bars and uses a block style layout that’s similar to Pinterest. It creates a unique and engaging browsing experience, optimizes for mobile and removes a lot of navigational complexity.

Please click on the red plus signs found on this page to learn more about specific features.